Dave Chappelle‘s Hollywood Bowl performance Tuesday night came to a temporary screeching halt when someone rushed the stage and attacked the comedian, and it was especially scary because we’ve learned the guy pulled out a gun.

It went down toward the end of Dave’s show — part of the “Netflix Is A Joke” festival — when a man in the audience somehow got on stage and manhandled Dave, tackling him violently and slamming him on the hard stage.Play video content 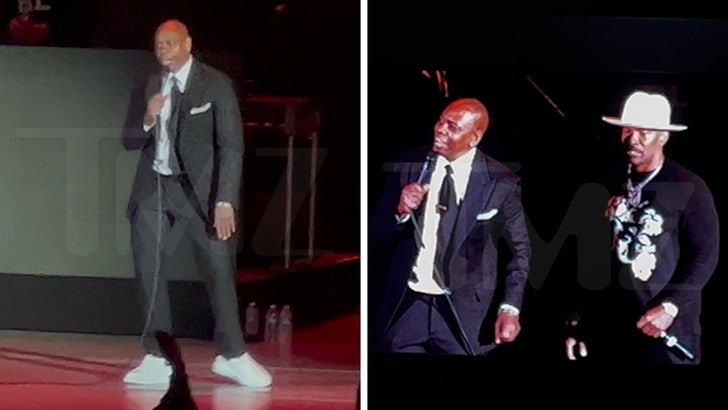 Law enforcement tells TMZ, the attacker actually pointed the gun at Chappelle as he rushed him. We’re told the gun was not real, it was a replica of a semi-automatic. It also weirdly had a knife attached to the gun.

And … the question cops are asking this AM … how did this guy get past the metal detector?

An eyewitness tells TMZ … the attacker got up and started running as a swarm of people went after him. He was running around the screen on the stage when, as the eyewitness put it, “the mob caught up with him and beat the crap out of him, stomping on him.” The eyewitness says Jamie Foxx and Busta Rhymes got a few licks in.Play video content 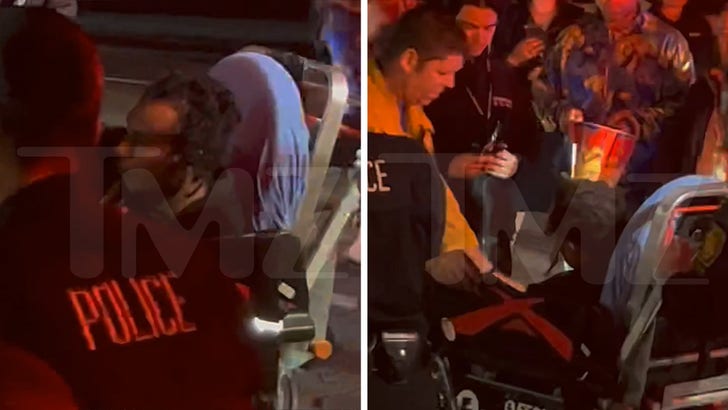 We’re told Dave was ok but the attacker was injured and taken by stretcher to an ambulance. We’re told he’s currently in the hospital. LAPD sources tell us, the man was arrested for assault with a deadly weapon.

Dave continued with his act, telling the audience, “I don’t know if that was part of the show. I grabbed the back of that n***** head, his hair was spongy, absorbent.”Play video content 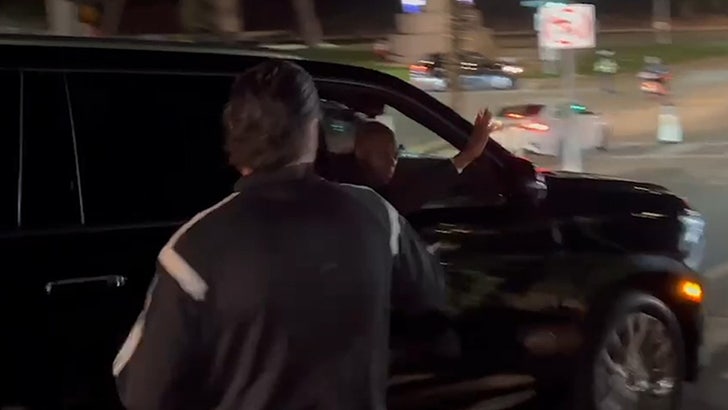 Now get this … after the attack, guess who was there? Chris Rock! He was one of Dave’s special guests. As Chris walked on stage, he hugged his pal and said, “Was that Will Smith?”

It’s unclear who the attacker is or why he did it, but the show went on as planned.

Virginia teacher Abby Zwerner was shot by 6-year-old as she tried to confiscate gun!!

Hoax confirmed at Savannah High School after reports of active shooter: Here’s what we know

( CNN.com ) New York (CNN Business) Some types of Jergens moisturizer have been recalled because of possible… END_OF_DOCUMENT_TOKEN_TO_BE_REPLACED