Olivia Newton-John, who soared to international stardom as both a singer and movie star has died.

Olivia’s husband, John Easterling, says she died peacefully at her ranch in Southern California Monday morning, surrounded by family and friends. Olivia has battled breast cancer for more than 30 years, a specific cause of death was not given, although a source close to Olivia told TMZ, “After a 30-year cancer journey, she lost her battle to metastatic breast cancer.”

Her huge break came in 1978, when she starred opposite John Travolta in “Grease.” Her role as Sandy was iconic, as were several songs from the movie, “You’re the One that I Want,” “Summer Nights,” and “Hopelessly Devoted to You.”

The movie propelled Olivia to new heights, and she followed it up with movies like “Xanadu.”

Olivia’s biggest hit was “Physical” in 1981, which stayed at #1 for 10 weeks, breaking all records in the ’80’s. She remained an environmental and animal rights activist throughout her career.

Olivia was diagnosed with breast cancer in 1992, but it went into remission and it came back in 2013. It went back into remission but surfaced again in 2017.Play video content 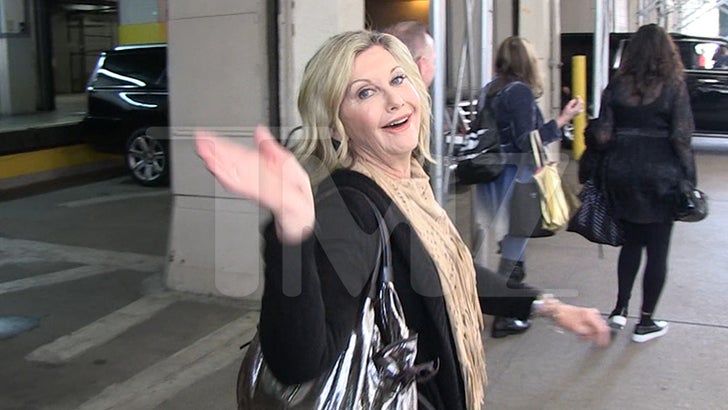 Olivia, who was British but raised in Australia, married Matt Lattanzi back in 1984 … they met while filming “Xanadu.” They had a child, Chloe Rose in 1986. They divorced in 1995.

She married John Easterling in 2008. He’s the founder of Amazon Herb Co.

By Aaron Katersky and Jon Haworth February 2, 2023, 7:00 PM ET ABCNews.com A New Jersey councilwoman — the mother of a young daughter and leader of her church — was shot and killed in a possible attack outside her home, an incident officials are calling “shocking” and “senseless.” Eunice Dwumfour was the first sitting… END_OF_DOCUMENT_TOKEN_TO_BE_REPLACED

Additional information about Netflix’s efforts to restrict members from sharing passwords outside their households has come to light. The “Sharing your Netflix account” pages on the streaming giant’s Help Center for Costa Rica, Chile and Peru on Wednesday said “anyone in your household (those who live with you at your primary location)” can use a Netflix account.  Those who… END_OF_DOCUMENT_TOKEN_TO_BE_REPLACED

Dozens of people were injured in a massive pile-up on a snow-covered Wisconsin highway Friday. At least 85 cars were involved in a major crash on I-39/90 between the cities of Beloit and Janesville, located just north of the Illinois border and about 50 miles southwest of Madison, Wisconsin State Patrol said. Beloit Memorial Hospital… END_OF_DOCUMENT_TOKEN_TO_BE_REPLACED

( CNN.com ) New York (CNN Business) Some types of Jergens moisturizer have been recalled because of possible… END_OF_DOCUMENT_TOKEN_TO_BE_REPLACED