This Minnesota woman nailed the art of the manicure after 25 years of growth.

Her right thumb is the longest of all her individual claws, measuring 4 feet 6.7 inches, while her left pinky nail is her shortest at 3 feet, 7 inches long.

The last time Armstrong used a nail clipper was back in 1997.

She stopped trimming her talons following the death of her 16-year-old daughter, Latisha, who died in her sleep from an asthma attack. Latisha was the one who had regularly manicured her mother’s nails — but after her passing, Armstrong made a vow to never cut them again.

“Anytime I thought about cutting them off, it gave me chills like I’m going through that grief all over again. I didn’t want to go through that again, so I just kept them. It’s like keeping her close to me,” Armstrong told her local Fox outlet.

“When I started growing them, it wasn’t to be in the Guinness Book of World Records,” she added. “Now since I am, I tell people, ‘You shouldn’t judge people because you don’t know what people have gone through.’ “

Armstrong’s long nails have made some simple tasks very difficult, such as picking up items off the ground and closing zippers. Her solution? Using her toes to grasp things off the floor.

“If I have to pick up money off the floor, I can pick up bills,” she noted. “But if I drop change on the floor, that will just stay down there!”

Armstrong has also stopped driving, as her fingernails have made it too hard to steer a vehicle.

The process to get a manicure is also a complicated one. She heads to the nail salon every four to five years. Her hands require about 15 to 20 bottles of nail polish and a woodworking tool for filing.

She even recruits her granddaughters to help paint her fingers, who love to color them with bright patterns and designs.

“I think she [Latisha] would be proud of me, because she’s the last one who did my nails,” Armstrong revealed. “That’s who I think of when I grow my nails, is my daughter.”

Meanwhile, the previous holder of the world record — Houston native Ayanna Williams — made headlines in 2021 when she chopped off her whoppers after growing them for 30 years. 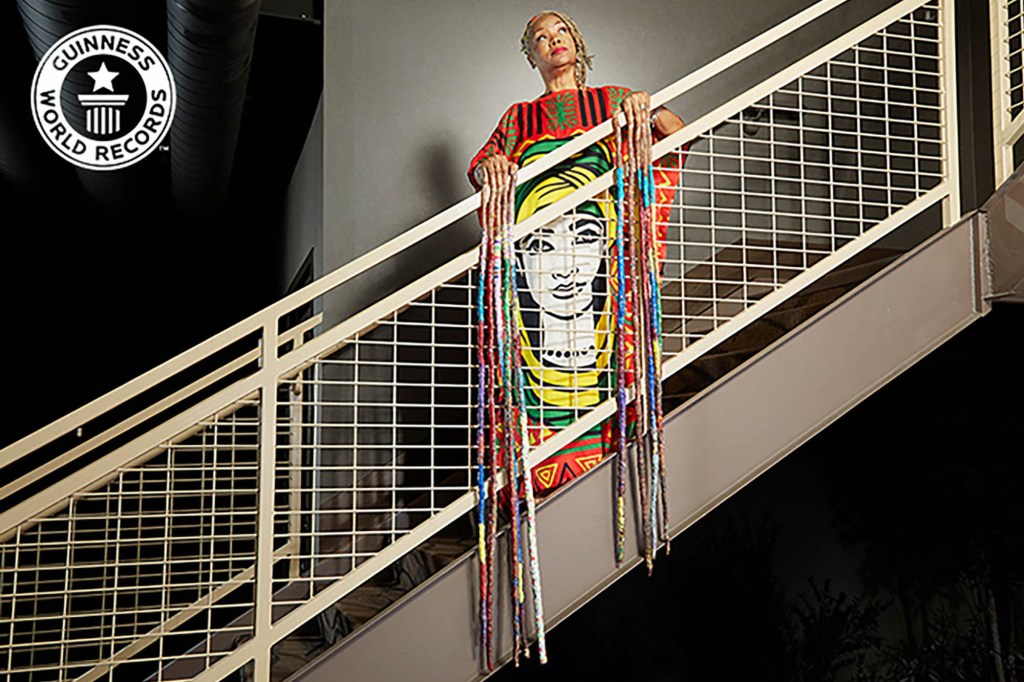 Armstrong shows off her talons: “If I have to pick up money off the floor, I can pick up bills — but if I drop change on the floor, that will just stay down there!”

Alarming video shows a belligerent attacker pulling a baseball bat from his pants and hitting an unsuspecting man in the back of the head on a Manhattan sidewalk. The 47-year-old victim is knocked to the ground and the unknown attacker is seen angrily yelling over him as he lies on the sidewalk in front of … END_OF_DOCUMENT_TOKEN_TO_BE_REPLACED

JACKSON, Miss. (AP) — A Mississippi man who burned a cross in his front yard to intimidate his Black neighbors pleaded guilty to a hate crime in federal court, the Justice Department announced Friday. Axel Cox, 24, of Gulfport, was charged with violating the Fair Housing Act over the December 2020 incident, according to court records. The … END_OF_DOCUMENT_TOKEN_TO_BE_REPLACED

Frightening video shows a suspect threatening to “shoot” cops as he tries to flee through an Ohio daycare — knocking over a terrified child before he’s finally cornered and tased. The alarming footage released Wednesday shows an officer screaming “Get your hands up” as the suspect — identified by local media as Lamar Mitchell — races into … END_OF_DOCUMENT_TOKEN_TO_BE_REPLACED

When High Fashion and QAnon Collide

( CNN.com ) New York (CNN Business) Some types of Jergens moisturizer have been recalled because of possible … END_OF_DOCUMENT_TOKEN_TO_BE_REPLACED