An intoxicated woman who was visiting a Georgia hotel guest sought help from the front desk attendant when she got locked out of the room — but authorities say instead of offering assistance, he allegedly raped her. The woman told cops she was visiting a friend at the Red Roof Inn & Suites in Newnan on Saturday and became “highly intoxicated,” the Newnan Times-Herald reported, citing … END_OF_DOCUMENT_TOKEN_TO_BE_REPLACED 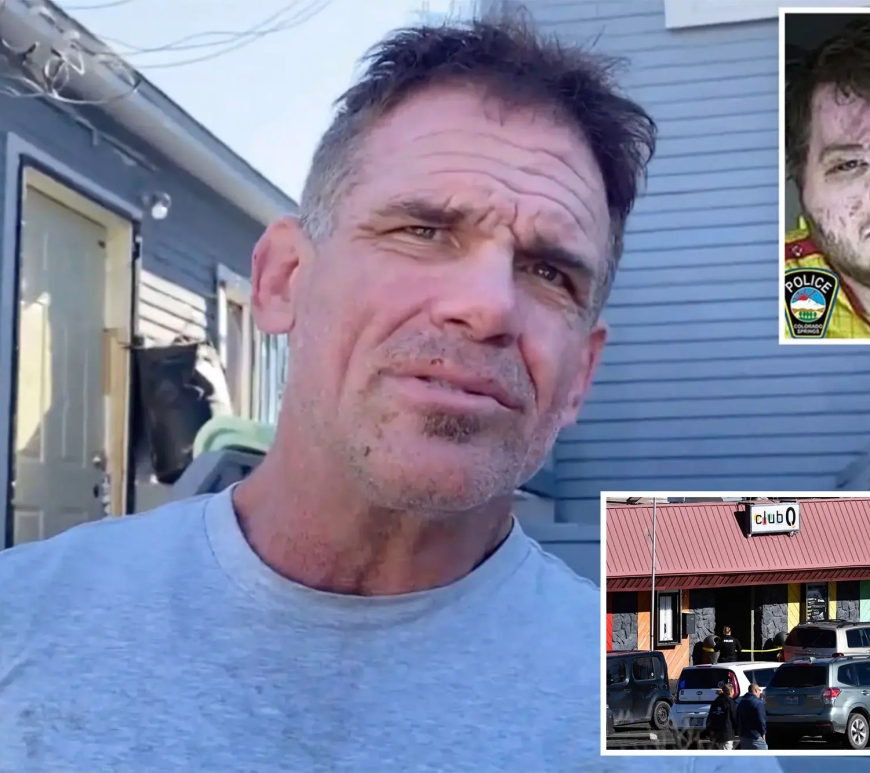 The father of Anderson Lee Aldrich — the suspect in a mass shooting at a Colorado nightclub — spewed anti-gay comments in a rambling, incoherent explanation of his relationship with his estranged son. The dad bizarrely claimed during an interview with CBS 8- San Diego that his first concern upon learning his son allegedly killed five at an LGBT establishment was whether his child was homosexual. “I was scared. I … END_OF_DOCUMENT_TOKEN_TO_BE_REPLACED

A family has retained the services of civil rights attorney Ben Crump in the wake of a deputy in central Louisiana fatally shooting an unarmed Black man after pulling him over for a window tint violation. According to HuffPost, the shooting death of Derrick Kittling, 45, by Rapides Parish Sheriff’s Deputy Rodney Anderson during a traffic stop on Nov. 6 generated uproar in Alexandria, a community … END_OF_DOCUMENT_TOKEN_TO_BE_REPLACED

An Iranian hermit who had been unofficially dubbed the “world’s dirtiest man” after not showering for some 60 years has died at age 94, state media reported. Amou Haji – not his real name, but an endearing nickname given to elderly people – reportedly died Sunday in the village of Dejgah. Haji, known for his grime-covered skin and matted hair, abstained from washing because he … END_OF_DOCUMENT_TOKEN_TO_BE_REPLACED

Prospective homebuyers face a new chill after the average interest rate on the most popular home loan rose to its highest level since 2006, data from the Mortgage Bankers Association showed on Wednesday. The average contract rate on a 30-year fixed-rate mortgage rose by 6 basis points to 6.81% for the week that ended Oct. 7, marking a 16-year high for the cost of a … END_OF_DOCUMENT_TOKEN_TO_BE_REPLACED

Three SWAT team officers were shot Wednesday morning in Philadelphia. The officers were hit by gunfire during a barricade situation in the city’s West Poplar neighborhood around 6 a.m., according to KYW-TV. A civilian was also shot in the head during the incident and was being treated at the hospital. It was unknown if he was a suspect, the report said. All three of the officers were … END_OF_DOCUMENT_TOKEN_TO_BE_REPLACED

( CNN.com ) New York (CNN Business) Some types of Jergens moisturizer have been recalled because of possible… END_OF_DOCUMENT_TOKEN_TO_BE_REPLACED